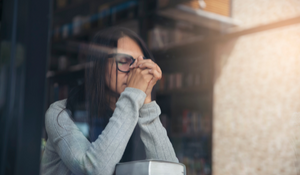 The entire civilized world is suffering from a form of collective PTSD. Social workers report being overwhelmed with cases of alcoholism, drug addiction, anxiety, divorce, depression, and suicide. The Center for Disease Control and Prevention says: "Suicide rates in the United States are often the result of circumstances beyond the individual's control. People who die by suicide report an unshakeable feeling of dread, despair, loneliness, and hopelessness."

Ann, a beautiful and brilliant young woman raised by a single mom in Columbia, South Carolina graduated from Yale Law School just as the COVID pandemic broke across the U.S. Before anyone knew how to respond to the deadly virus, Ann moved to NYC to work for a prestigious Wall Street law firm, but after only two months on the job, her mother, back in Columbia, tested positive for Covid and died alone on a ventilator in a local hospital. Ann's positive, upbeat, go for broke world collapsed.

With no family to grieve with her, Ann returned to her one room apartment in New York and was immediately quarantined for the next six months. At the end of the first month, Ann's law firm, no longer able to occupy their offices on Wall Street, cutback on all trainees and the recent hires. Ann no longer had a job.

In Ann's little one room NYC apartment, loneliness turned to isolation. With no emotional outlet, her grief turned inward, and she began to battle depression. She could not relieve the anxiety that was now her constant companion. She was becoming concerned because every time she looked at news online it seemed like things were getting worse. Her depression was deepening, and she now admits that thoughts of suicide were creeping in.

Ann reached out to an online therapist and began to battle her way back to mental health one teleconference at a time. She says that one caring human being she didn't even know, and never met, saved her life. 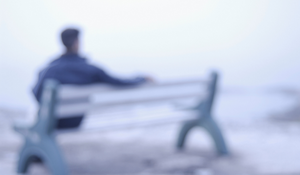 One million Americans eventually died of COVID-19; many of them alone. Each left family behind to grieve. Is that another million, or three, or five, or ten shocked into grief and looking for relief like Ann? The sudden, unexpected, and isolated nature of COVID deaths caught people off guard, and many have been unable to organize a healthy emotional response.

The environment surrounding the pandemic began to turn threatening in multiple ways as well.

Young and old alike are experiencing these traumatic events. The social work community, the front-line defense against social disorder, has been the first to experience the affects these existential events are having on our society's mental health. Social workers believe that it will take years, not months, for society to recover from this wave of trauma.

What others are reading on the FAMCare Blog: