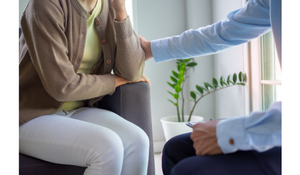 12 Step peer support programs are based on the idea, originally formed by the AA movement in the late 1930s, that addiction is a progressive, incurable disease lessened only by undergoing spiritual transformation and abstaining from alcohol or any addictive substance or behavior (e.g., Narconon - Gamblers Anonymous).

AA began in 1935 with two men in Akron, Ohio who were searching for a way to stay sober; they found it by forming a support group. They later developed the 12 Steps which begin with Step 1, accepting one’s inability to control drinking and ending with Step 12, helping others maintain sobriety by becoming a sponsor to a new member. The AA model — open to all and free — has spread around the globe, and AA now boasts over 2 million members in 180 nations and more than 118,000 groups.

Although AA is well-known and used by millions around the world, mental health professionals are sometimes skeptical of its effectiveness. Psychologists and psychiatrists, trained to provide cognitive behavioral therapy and motivational enhancement therapy to treat patients with alcohol-use disorder, can have a hard time admitting that the lay people who run AA groups do a good job of keeping people on the wagon.

Several general, professional, and scientific sources cite the effectiveness of mutual self-help groups in addiction recovery, but they believe an important delineation should be made between treatment for SUDs and long-term recovery support.

Though 12-Step fellowships are listed as recognized treatment, published literature by AA clearly states that those fellowships do not perform many of the important support and care coordination described in the Substance Abuse and Mental Health Services Administration's overview of treatment and recovery support services.

According to SAMHSA, many elements and modalities compose SUD treatment:

According to SAMHSA, treatment should ultimately result in reduction or elimination of the negative symptoms of the disorder.

SAMHSA's working definition of recovery, however, is: "A process of change through which individuals improve their health and wellness, live self-directed lives, and strive to reach their full potential. Recovery is built on access to evidence-based clinical treatment and recovery support services for all populations" (Substance Abuse and Mental Health Services Administration, 2012).

Recovery support should help encourage and maintain that improvement, build protective factors and, in the case of SUD treatment, strengthen sobriety over longer periods of time.

Alcoholics Anonymous, the worldwide fellowship of sobriety seekers, is the most effective path to abstinence, according to a comprehensive analysis conducted by a Stanford School of Medicine researcher and his collaborators.

After evaluating 35 studies — involving the work of 145 scientists and the outcomes of 10,080 participants — Keith Humphreys, PhD, professor of psychiatry and behavioral sciences, and his fellow investigators determined that AA was nearly always found to be more effective than psychotherapy in achieving abstinence. In addition, most studies showed that AA participation lowered health care costs.

The studies used various methods to measure AA’s effectiveness on alcohol use disorder:

Most of the studies that measured abstinence found AA was significantly better than other interventions or no intervention.

As One Social Worker Told Us:

"I guess that's case closed on the AA versus therapy debate."