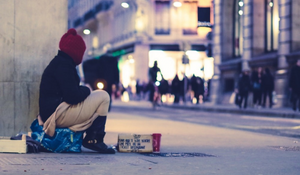 Did you know that more than half a million homeless people in the United States?

That figure is concerning in general, but it is even more so when you consider that the causes of homelessness are easily remediable. Many people mistakenly believe that homelessness is the result of a person's own personal failures in life. That could not be further from the truth, as there are numerous other structural issues that are directly responsible for homelessness in America.

Let's look at how structural inequality contributes to homelessness.

The cost of living in America has steadily risen in recent years. As a result, the number of people living in extreme poverty has increased. According to recent data, approximately 37 million people in the United States are currently living below the poverty line. Extreme poverty is arguably one of the leading causes of homelessness. It directly forces people to live on the streets because shelter is no longer an affordable option for them. Poor people in the country can no longer afford basic necessities, so they live on the streets, where rent isn't an issue.

When you look at the country's wealth inequality, it's easy to see how it contributes to homelessness. The top 10% of American households and families currently control 70-80% of the country's total wealth. When income and wealth do not circulate throughout the economy, they are hoarded by a few. Poverty, which is a major cause of homelessness, is the direct result of this. As wealth and income inequality increase in the United States, so will homelessness. 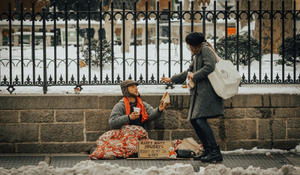 In our blog, we publish articles that highlight key relevant topic matter for people working in social service fields. We've chosen a few other popular blogs on the subject that we hope, you might find relevant.

How Do Food Banks Operate?

The Rich Get Richer and The Poor Get Poorer