The Rich Get Richer and The Poor Get Poorer 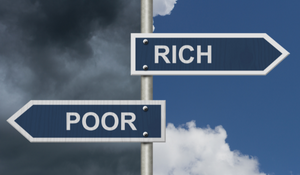 Social service professors are warning the country about an economic imbalance that is beginning to threaten the most vulnerable segments of our society - income inequality. Inequality is higher now than at any time since World War II. Social work leaders say that the problem with rising income inequality is not that some people are doing well, but that others are falling behind. It suggests, they say, that our economy is failing to spread prosperity and that our gains are not being widely shared. The longer such trends continue, the greater the threat to our social fabric, our political solidarity, and the legitimacy of our free-market system.

The Census Bureau calculates a standard measure of income inequality called the "Gini coefficient" and finds that it has been rising steadily in America for decades. According to the Census Bureau,

The Effect of Compounding

No one is doing anything wrong. This inequality is happening as a natural result of the phenomenon of compounding. The compounding effect that Warren Buffet has always championed as the most powerful mechanism for wealth creation is the economic math that enhances the wealth of wealthier families.

Middle-class households have managed to maintain some limited financial liquidity, but in the process, they have doubled their levels of debt. Offset the small increase in liquid assets with the much larger increase in debt, and 30 years of extraordinary economic growth for the nation as a whole translates to a worsening financial picture for the typical household. 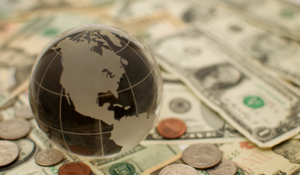 Over 100 years ago, Henry Ford began to mass produce automobiles in his Rouge River plant, the world's largest factory employing over 100,000 people. One new car rolled off the line every 49 seconds. In January 1914, Henry suddenly doubled the wages of all his employees to $5/day to ensure a stable workforce and boost sales since the workers could then afford to buy the cars they were making. This move laid the foundation for an economy driven by consumer demand.

Our consumer economy is getting out of balance again and some corrective action is needed to swing the pendulum back into balance.

You can read more about social justice on our blog.  Enjoy our content? Then please subscribe for instant, weekly or monthly updates!