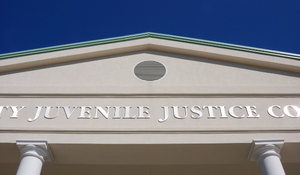 As stated in Article 40 of the Convention on the Rights of the Child:

"Every child in conflict with the law has the right to be treated in a manner that takes into account “the desirability of promoting [his/her] reintegration and [his/her] assuming a constructive role in society.”

During the late 19th century social workers led a juvenile justice revolution in the United States by recognizing that children committing crimes did not bear the same level of responsibility and did not deserve the same sanctions as adults. However, by the end of the 20th century, this ideal for juvenile justice had been replaced by a system that favored punishment over rehabilitation and institutionalization over community care.

But the 21st century has brought a wave of reforms instituted by the social work community attempting to return to juvenile justice the core principle that “every child in conflict with the law has the right to be treated in a manner that takes into account “the desirability of promoting [his/her] reintegration and [his/her] assuming a constructive role in society.”

Recognizing that social services and the justice system are separate ministries with two distinct objectives and operating philosophies, social workers constantly endeavor to find ways in which they might interface and cooperate in the implementation of children’s rights. Obviously, justice systems are neither equipped nor mandated to fulfill this role alone and need to work hand-in-hand with the social sector towards this end.

By the end of the 20th century, a quarter of a million children were prosecuted in adult courts each year. In addition, schools became increasingly willing to use suspensions, expulsions, and police involvement to address misbehavior, leading to more youth involvement in the criminal justice system. In response, the social work community has worked tirelessly researching the negative affects adult justice has when administered to children.

1.) The research has resulted in a growing body of knowledge about brain science and child development that demonstrates what social workers argued at the beginning of the juvenile justice system—that children are different from adults and are amenable to treatment.

2.) Justice-involved youth are victimized by a variety of traumas, such as poverty-related stress, community or familial violence, parents lost to substance use disorders or incarceration, educational opportunities disrupted by suspensions or expulsions, and undiagnosed or unresolved mental health issues.

3.) Gradually, there is more understanding about the negative long-term consequences incarceration has on youth. Among the problems incarcerated youth can experience are worsening mental health symptoms, abuse from staff or other youth, and an increased likelihood of reoffending—driving them deeper into the justice system. 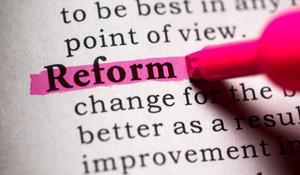 Social workers are perhaps the most dedicated child welfare advocates in our society. For them it is a sacred duty. Amen.

If you enjoyed reading this blog, then don't stop here! You can read more about Juvenile Justice/Child Welfare.  Enjoy our content? Then please subscribe for instant, weekly or monthly updates!

What other's are reading on FAMCare's Blog: