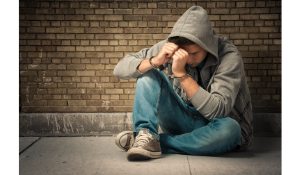 Your response to last week's blog on the social worker's role in juvenile justice was overwhelmingly positive but many of you thought that the issues might be better clarified in context. So, let's try to put juvenile justice in some historical perspective.

A Little History of Juvenile Justice

Recognizing that children committing crimes did not bear the same level of responsibility as adults, social workers led a juvenile justice revolution in the United States during the late 19th century that resulted in the establishment in 1899 of the Cook County Juvenile Court in Chicago where juveniles could be kept away from the adult criminal justice system.

However, during the 20th century, this ideal for juvenile justice was gradually replaced by a system that favored punishment over rehabilitation as politicians decided to "get tough on crime". Social workers trying to distinguish youthful offenders from adult criminals were left on the sidelines. Without social workers there to advocate for youth, "tough on crime" juvenile court judges and probation officers had wide discretion to make decisions such as when to file delinquent petitions, which children needed to be held in pretrial detention and which children should be transferred to the criminal justice system.

By 2005, a quarter of a million children were prosecuted in adult courts each year. In addition, schools became increasingly willing to use suspensions, expulsions, and police involvement to address misbehavior, leading to more youth involvement in the juvenile and criminal justice systems.

Despite their core involvement in the establishment of the juvenile justice system, social workers’ direct engagement with the system dwindled as time passed.

Back To the Future

It is only in the 21st century that social workers have begun to reclaim their traditional role as advocates for troubled youth described in last week's blog. Since the Supreme Court's 2005 decision to abolish the death penalty for anyone under 18 and to abolish life without parole for juveniles, the tide has turned toward social workers again actively advocating for the following reform programs on behalf of youth preconditioned by life-style traumas and caught up in the juvenile justice system:

In response to last week's blog, social workers toiling on behalf of youth in the juvenile justice system wanted to make sure we made it clear that their struggle is ongoing. The juvenile justice system is gradually reforming back to the perspective established by social workers in 1899. In many states, there’s still quite a way to go. The fight for youth status in criminal justice is far from over.

The Sun will Come Out Tomorrow...