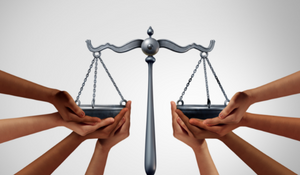 Few people outside the social work profession are aware that juvenile justice is administered on a state-by-state basis. While there is no national system that establishes norms beyond the adult criminal justice system, (processes include arrest, detainment, petitions, hearings, adjudications, dispositions, placement, probation, and reentry) the juvenile justice system in most states operates according to the premise that youth are fundamentally different from adults, both in terms of level of responsibility and potential for rehabilitation. Whereas sentencing for a serious crime following a guilty verdict in the criminal justice system often results in jail or prison time, the juvenile justice system seeks to avoid incarceration whenever possible.

Incarcerating young people costs state taxpayers across the nation billions of dollars each year while doing little to rehabilitate those who are locked up or reduce crime. Nearly 1 in 3 young people who were incarcerated — about 13,500 — are being held for low-level offenses, non-violent offenses, and pose little risk to public safety, according to the Prison Policy Initiative. Another 7,000 have not been found guilty and are awaiting trial. Young people who have been incarcerated are more likely to be arrested again and face barriers in obtaining an education and stable employment. Individuals incarcerated during adolescence, for example, are more likely to be re-incarcerated in their 20s and early 30s, to develop alcohol dependency, and to need assistance to meet their everyday needs. 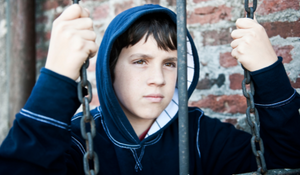 The juvenile justice system takes a significantly more restorative approach than the adult criminal justice system. Among juvenile justice social workers, there exists a firm belief that youth can and will lead healthy and constructive lives if given the opportunity to grow instead of being presumed irredeemable and segregated from their communities.

Youth incarceration has fallen dramatically over the last two decades. In 1997, 92,406 youth were confined in state and local facilities. That dropped to 31,392 youth in 2019. During roughly the same period, about half of all juvenile justice facilities closed — a drop from 3,047 facilities in 2000 to 1,510 in 2018. Youth justice reforms have already saved states millions of dollars and improved outcomes for young people without putting the public at risk. Even as states have arrested and incarcerated fewer youth, crime rates for young people have conti\ and are now at historic lows.

Over the past ten years, State lawmakers are making even greater strides both in the short- and long-term to ensure youth justice and equitable outcomes.

The limited space in this blog does not permit us to showcase the progress made in all 50 states, but thanks to the active involvement of the social work community, juvenile justice reform has taken hold across the entire country.