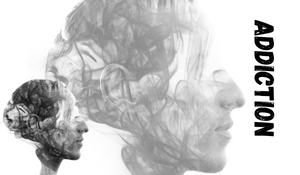 The American Society of Addiction Medicine recognizes addiction as “a treatable, chronic medical disease involving complex interactions among brain circuits, genetics, the environment, and an individual’s life experiences. People with addiction use substances or engage in behaviors that become compulsive and often continue despite harmful consequences.”

"If addiction is a disease, then why are so many people incarcerated for having an illness? In 2022, why does the War on Drugs still exist? Despite recognition from all the major medical associations that addiction is a neurobiological disease, millions of people remain incarcerated or have criminal records for substance use and receive little to no evidence-based treatment."

Addiction as a public health crisis remains largely unaddressed and unresolved. A staggering 93,331 people died from an overdose in the year 2020 (Centers for Disease Control and Prevention, 2021). Twenty-three million Americans are currently addicted to alcohol and/or other drugs, but only 1 in 10 (2.6 million) receive any treatment (Substance Abuse and Mental Health Services Administration, 2020). Incarceration is still used as the primary "intervention" for those with a substance use disorder. According to the Drug Policy Alliance, the United States arrests more than 1.5 million individuals every year, 85% of whom are apprehended solely for possession.

The War on Drugs 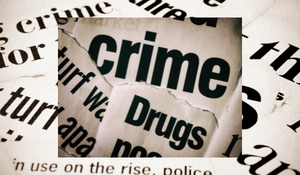 All drugs were legal prior to 1914. However, politicians in the early 1900s began to preach that crime, violence, and sexual immorality would flood the nation and destroy the very fabric of American society if we continued to permit drug use. According to them, substance use needed to be criminalized and harsh punishments put in place for those who violated the new laws. Those narratives linked drug use with minorities and crime. While none of the research supports incarceration as an effective form of intervention, policies continue to criminalize substance use rather than provide access to quality medical and behavioral health care. The negative behaviors associated with addiction are emphasized and punished, and there’s a failure to recognize that these very behaviors are a direct result of having an SUD rather than a moral failing. These false narratives have been our society’s big mistake for over 100 years.

The War on Ignorance

It is impossible to argue the legitimacy of addiction as a chronic disease. It is also well documented in the medical literature that SUD prevention and treatment approaches are as successful as those of chronic diseases such as hypertension, diabetes, and heart disease. The best example in recent memory is Portugal's success story, where the overdose death rate has decreased to approximately 3 in every 1 million citizens (European Monitoring Centre for Drugs and Drug Addiction, 2017). Evidence-based strategies such as the decriminalization of illicit substances, harm reduction, and the treatment of addiction as part of traditional health care rather than a criminal justice issue have halted the country’s opioid epidemic.

Social Workers on The Front Lines

Changing society's deeply imbedded beliefs is no easy task. From the very beginning, the social work profession has worked to open society's eyes to the injustices that emerge as societies evolve. Today, Americans enjoy many privileges because early social workers saw miseries and injustices and took action, inspiring others along the way. Many of the benefits we take for granted came about because social workers fought against injustice.

What others are reading on the FAMCare Blog: