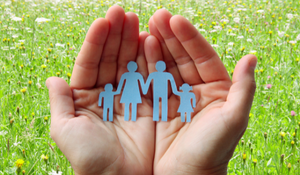 The focus of social work has shifted from providing immediate support as a safety net to the vulnerable to striving for a better long-term outcome for each client. In child and family services, the mission no longer ends at removing an endangered child from a dysfunctional household but now extends to how a Child Welfare Agency might help the child grow into a productive member of society. In other words, what will be the ultimate outcome for the child?

There are about 500,000 youth in the U.S. foster care system. Annually, at least 20,000 of them when they reach the age of 18 age out of the system. Young adults being discharged from foster care without community support, housing, or a strategy for the future are in extremely vulnerable positions. For example, nearly 30% of former foster kids become homeless, and as many as 55% are unemployed. Furthermore, those who are employed have earnings below the poverty line and cannot maintain a stable job—only 38% are still working one year after aging out.

Also, according to a Pew Charitable Trust study, 50% do not complete high school, 1 out of 4 are incarcerated within the first two years of aging out of the foster care system, and 60% of girls become unwed mothers within two years.

In addition to the hardships experienced by many of these young people, these outcomes are financially costly to society, resulting in increased costs for incarceration and social programs such as welfare and Medicaid. 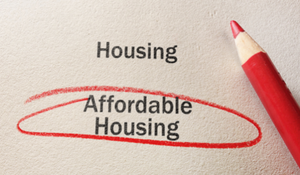 The Family Unification Program (FUP) is a program under which Housing Choice Vouchers (HCVs) are provided to two different populations:

These FUP vouchers, however, were never funded to meet all the need, and they have been complicated to use. In the last few years, the U.S. Department of Housing and Urban Development (HUD) supplemented FUP with a new Foster Youth to Independence (FYI) program. This allowed Public Housing Authorities to obtain a new voucher from HUD any time an eligible young person was referred to them by the child welfare agency in their community. Although this simplified the process, only communities that had not participated in FUP were eligible for FYI, leaving a substantial majority of youth ineligible. 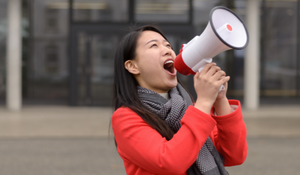 Due to social work's continued intensive campaign, Congress has now corrected the problem. Provisions in the final spending bill for FY 2021, enacted in December 2020, enable every housing authority that operates a voucher program to obtain a new FUP voucher any time an eligible youth is referred by their child welfare agency. Together with overall increases to the voucher program, there will be sufficient resources to make sure every youth aging out of child welfare has money to pay rent.

The FUP vouchers for youth provided under this enactment are not permanent. They last for three years. The theory is that with appropriate support, after three years many of these youth will have established enough stability to be able to pay rent through their earnings (especially in states that have enacted extended foster care so that people don’t “age out” until age 21). The PHA may also make a regular, permanent voucher available if the young person has barriers that make that necessary.

For the past 30 years, the child welfare social work community has worked tirelessly behind the scenes to create and execute a program that offers the forgotten children who “age out” of foster care the opportunity to build a successful life. This is the best example of "managing for outcomes" in social services that we have witnessed. Congrats to the child welfare social work community for their long-term commitment to life-changing outcomes.

Suggested Reading from the FAMCare Blog:

Speak Up and Be Safe