BENEVOLENT AGEISM "They Treat Me Like I’m Old and Stupid" 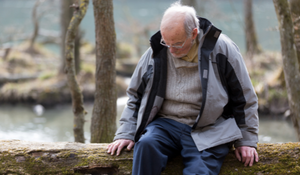 The COVID-19 pandemic has caused social workers to take a closer look at their ingrained prejudices when dealing with the aged. Robert N. Butler coined the term “ageism" in 1969 to describe attitudes, practices, and policies that discriminate against older people. Ageism occurs when people face stereotypes, prejudice, or discrimination because of their age. The assumption that all older people are frail and helpless is a common, incorrect stereotype. Prejudice can consist of feelings such as “older people are unpleasant and difficult to deal with.” Discrimination is evident when older adults’ needs aren’t recognized and respected or when they’re treated less favorably than younger people. Social workers who work with the elderly are realizing that even in their minds age is “a category of difference” like race and gender, but unlike race and gender, age positions older adults as a homogenous group with similar needs.

Emogene Stamper, 91, of the Bronx in New York City, was sent to an under-resourced nursing home after becoming ill with Covid-19 in March. “It was like a dungeon,” she remembered, “and they didn’t lift a finger to do a thing for me.” The assumption that older people aren’t resilient and can’t recover from illness is implicitly ageist. Stamper’s son fought to have his mother admitted to an inpatient rehabilitation hospital where she could receive intensive therapy. “When I got there, the doctor said to my son, ‘Oh, your mother is 90,’ like he was kind of surprised, and my son said, ‘You don’t know my mother. You don’t know this 90-year-old.’ That lets you know how disposable they feel you are once you become a certain age.” 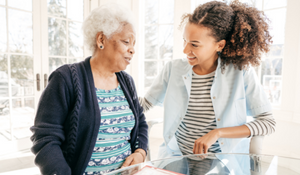 The unique empathetic response and personal concern that motivates select social workers to specialize in elder care often engenders a streak of benevolent ageism in a well-meaning social worker. "We elder care social workers must constantly remind ourselves that all older people are not needy, infirm, or incompetent. Every time we fall prey to those prejudices, we discount the individual we are trying to help and cause the resistance we so often feel coming off them. This creates a cycle of resistance and what should have been a positive relationship of aid and gratitude sours to a relationship of insistence breeding resistance."

You can read more about senior care topics on our blog.  Enjoy our content? Then please subscribe for instant, weekly or monthly updates!