Research shows that most people currently living with dementia have not received a formal diagnosis. In high income countries, only 20-50% of dementia cases are recognized and documented in primary care. This ‘treatment gap’ is certainly much greater in low and middle-income countries, with one study in India suggesting 90% remain undiagnosed. If these statistics are extrapolated to other countries worldwide, it suggests that approximately three quarters of people with dementia have not received a diagnosis and, therefore, do not have access to treatment, care and organized support that getting a formal diagnosis can provide.

There are over 9.9 million new cases of dementia each year worldwide, implying one new case every 3.2 seconds. There were an estimated 46.8 million people worldwide living with dementia in 2015, and this number is believed to be close to 50 million people in 2017. This number will almost double every 20 years, reaching 75 million in 2030 and 131.5 million in 2050. Much of the increase will be in developing countries. Already 58% of people with dementia live in low and middle-income countries, but by 2050 this will rise to 68%. The fastest growth in the elderly population is taking place in China, India, and their south Asian and western Pacific neighbors.

Dementia in the United States 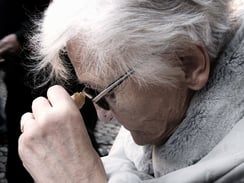 An estimated 5.7 million people in the United States live with dementia according to the Alzheimer's Association. A Johns Hopkins Medicine analysis of information gathered for an ongoing, federally sponsored study of aging and disability adds to evidence that a substantial majority of older adults with probable dementia in the United States have never been professionally diagnosed or are unaware that they have been. The research team examined demographic data such as highest level of education attained, race/ethnicity, and income, as well as data on whether participants were able to perform activities such as laundry, shopping, or cooking on their own. Among those with probable dementia, 58.7% were determined to be either undiagnosed (39.5%) or unaware of their diagnosis (19.2%).

Those patients with less than a high school education, attended medical visits alone, or were deemed more able to perform daily tasks were more likely to be undiagnosed. Specifically, those with at least a high school education had a 54% higher chance of being diagnosed compared with those who had less education. Those who attended medical visits alone were twice as likely to be undiagnosed as those who were accompanied. 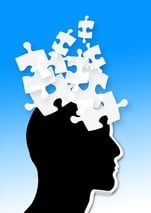 The majority of older adults with dementia are either undiagnosed or unaware of the diagnosis, suggesting shortcomings in detection and communication of dementia. Individuals who may benefit from targeted screening include racial/ethnic minorities and persons who have lower educational attainment, any functional impairment, or attend medical visits alone.

Social workers toiling in the field of eldercare and Alzheimer’s support tell us that the primary reason for the continued delayed diagnosis of dementia is denial; the same social response that has delayed the diagnosis of a wide variety of mental disorders from ADHD to autism to schizophrenia. Our society does not understand “mental” disease and is frightened by it. Until we get over this foolish “embarrassment”, we will continue to miss the early signs of dementia and delay the care that our family members and friends so clearly require and deserve.