It is a serious misperception to view social workers as low paid civil servants who push paper on behalf of the less fortunate and perhaps undeserving. Social workers occupy a unique position in our social fabric.

From the very outset, the history of social work is populated with empathetic leaders who, upon discovering profound human suffering, not only offered a helping hand but immediately set out to change the social conditions contributing to the suffering. Social work's earliest pioneers - Florence Kelley, Alice Hamilton, Julia Lathrop, Sophonisba Breckinridge, and Grace and Edith Abbott, among others—laid the foundation of the profession's social leadership role and, to this day, this inclination to activism sets social workers apart from other civil servants.

In March 1841, Dorothea Dix entered the East Cambridge, Massachusetts, jail, where she witnessed such horrible images that her life, from that point on, was changed forever. Within the confines of this jail she observed that prostitutes, drunks, criminals, retarded individuals and the mentally ill were all housed together in unheated, unfurnished, and foul-smelling quarters (Viney & Zorich, 1982). When asked why the jail was in these conditions, she was told that the insane do not feel heat or cold. 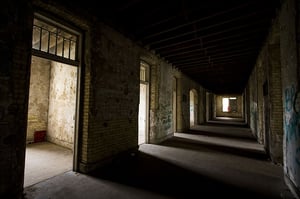 Dix proceeded to visit jails and almshouses where the mentally ill were housed. She made careful and extensive notes as she visited with jailers, caretakers and townspeople. Finally, she compiled the data and shaped a carefully worded document to be delivered to the Massachusetts Legislature. After a heated debate over the topic, the material won legislative support and funds were set aside for development of the more humane Worcester State Hospital.

Beginning in 1886 with the Neighborhood Guild in New York City and made famous by Jane Addams’s and Ellen Gates Starr’s much-admired Hull House in Chicago, the Settlement House movement focused on the causes of poverty and expanding jobs for the poor. Jane Addams promoted the idea that if afforded a decent education, adequate living conditions and reliable income, any person could overcome the obstacles of the ghetto. The settlement movement put much of its efforts into what we now call macrosystem change; change at the community, state and even national level.

In 1897, The New York Charity Organization Society (COS) began to focus on individual work, or what became known in the profession as casework with individuals, families and groups. This evolution led to the development of a formal training program created by the New York COS in partnership with Columbia University. By 1919, there were 17 schools of social work identifying themselves collectively as the Association of Training Schools of Professional Social Work, the precursor of today’s Council on Social Work Education (CSWE).

During and after World War I, the American Red Cross and the U.S. Army gave social workers an opportunity to work with populations who were not impoverished but were suffering from war-related problems, including what was then called shell shock, now called post-traumatic stress disorder (PTSD). By 1927, social workers were practicing in more than 100 guidance clinics.

Eveline Burns (1900–1985) was one of the pioneers of the Social Security Act, which is the essential component of the social welfare system in the United States.

Frances Perkins (1880–1965) worked in settlement houses in Philadelphia and at Hull House in Chicago. After working in various social work positions, Perkins was selected by New York Governor Al Smith as the first woman to serve on the New York State Industrial Commission. She was then appointed U.S. Secretary of Labor by President Franklin Delano Roosevelt, becoming the first female Cabinet member in the United States.

Whitney Young, Jr. (1921–1971) worked with the Urban League in Minnesota after receiving his MSW. Eventually he became executive director of the National Urban League, remaining there until his death. 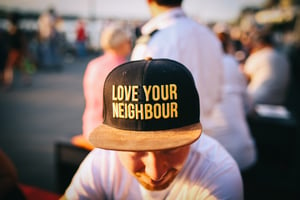 What is truly unique to social work is the profession's enduring commitment to developing leaders who promote social change and social justice. From day one, social workers are taught to understand and address the complex intersection between individuals' private troubles and the public issues that surround them.