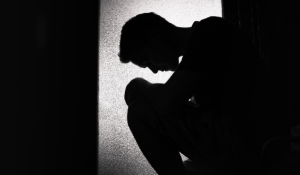 Social workers Dre’ Johnson and Renee Brean are part of a pioneering new approach to policing in Rochester, New York. They belong to the city's “person in crisis” team – a unit of mental health and behavioral professionals who attend police calls where a person may be suffering a mental health episode.

The premise behind the "person in crisis" team is simple: it contends that for all their training and skills, police are not equipped to deal with the complexities that a mental health crisis requires. By sending mental health professionals along to 911 calls that may involve potential psychological breakdowns, officials hope that these situations can be dealt with more sensitively, and more safely.

Rochester's reform effort was sparked by a video of Daniel Prude’s death in September last year. It showed the 41-year-old Black man being restrained by police in the street with a hood over his head until he became unconscious. He was naked, confused and clearly suffering a mental health episode. He died in the hospital days later. In response to his death, the city sought a new way of handling police calls involving mental health issues. The "person in crisis" team was born.

The team works from a city building in the center of Rochester, where they wait for calls to come in from police dispatch. Any time a 911 call is flagged as potentially involving a mental health issue, the “person in crisis” team is called out to go along with the police.

The service runs 24/7, and they are currently receiving around 100 calls a week.

Rochester has diverted $4.5 million from this year's policing budget to expand the "person in crisis" team and reallocated $130,000 of police overtime funding to youth services.

"We are not reforming the police department. We're reimagining policing. Our police department personnel are all in on this effort and with their cooperation and enthusiasm we think we're on the right track."

“I don’t think it’s taking a shot at the police to say that people weren’t happy with the responses they were getting when it came to mental health or substance abuse and homelessness,” he adds. “There was a void, and we’re filling that void.”

“These folks really are having one of the most difficult days of their life,” says Johnson of the people they see on calls, “and it doesn’t need to be compounded by a fear of being hurt by someone who isn’t trained or doesn’t have the background or skill set to work with that person…

If the folks in Rochester, N.Y. can fashion such a measured, rational, incisive, response to the demands for "police reform" that exploded onto the national consciousness last year, other cities and states should take note. The backlash to calls to defund the police have often been framed as a threat to public safety, but this city appears to be doing it in a way that improves it.

(The information in this blog was summarized from an article by Richard Hall in last week's Independent. Thank you, Richard, for your attention to this matter.)

If you enjoyed reading this blog, then don't stop here!  You can read more about issues/solutions for  Social Services Industry News/ Social Workers on our blog.  Enjoy our content? Then please subscribe for instant, weekly or monthly updates!