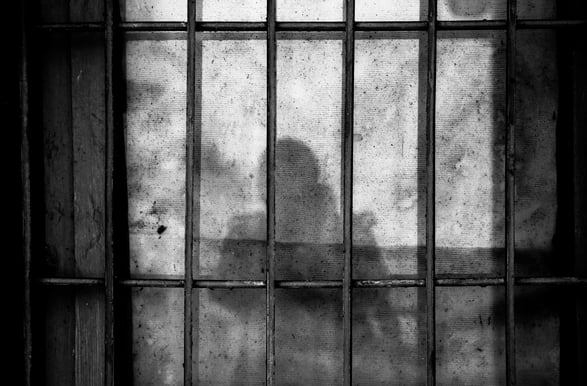 How did the United States, with 5% of the global population but 25% of its prisoners, become home to the largest prison system in the history of the world? Some say it’s an accomplishment. The U.S. is a law and order country and our criminal justice system is the envy of the world. Others feel quite differently and suggest that the “war on drugs” led to the mass incarceration of two generations of the urban poor. 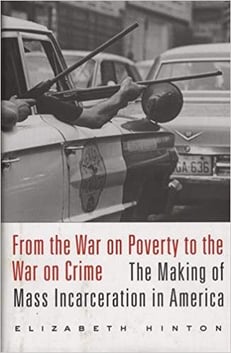 This seminal work by Elizabeth Hinton, the Loeb associate professor of history and of African and African-American studies at Harvard, digs deeply into the history and uncovers the roots of what can only be called a mass incarceration in America. Slightly under 1.5 million people were in prison at the end of 2017, and county and city jails held around 750,000 inmates. Heather Ann Thompson, a historian at the University of Michigan says, “Elizabeth’s work shows how we got here. It helps us understand a part of the past we just didn’t understand before.”

The biggest revelation is the book is that the contemporary mass incarceration began to take hold, not under law-and-order conservatives like Ronald Reagan or Richard Nixon, the men usually held responsible, but under liberals, most notably Lyndon Johnson, whose Great Society social-welfare programs were enacted at the height of the civil-rights movement. The notion that mass incarceration was a bipartisan project from the beginning—indeed, that its earliest innovators were social liberals concerned about poverty—was a significant finding.

The book tells the story of how federal policies—shaped by presidential administrations and endorsed by Congress—ratcheted up surveillance and punishment in black urban neighborhoods from the 1960s through the 1980s.

In meticulous detail, Hinton lays out how “the War on Poverty is best understood not as an effort to broadly uplift communities or as a moral crusade to transform society by combating inequality or want, but as a manifestation of fear about urban disorder and about the behavior of young people, particularly young African Americans.” 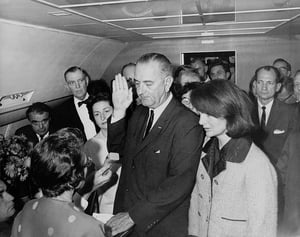 The story that unwinds in From the War on Poverty to the War on Crime is chilling. In March 1965, Hinton writes, “President Johnson sent three bills to Congress that epitomized the federal government’s ambivalent response to the civil-rights movement: The Housing and Urban Development Act, the Voting Rights Act, and the Law Enforcement Assistance Act. The latter bill, signed into law a month after violent uprisings in Los Angeles’s segregated Watts neighborhood, marked the official start of the War on Crime. For the first time in U.S. history, the federal government began to take a direct role in local police, courts, and prisons.”

When Nixon took office in 1969, the country had fewer than 20 federal prisons; by 1977, the government had opened 15 more—4,871 new beds, which came to be filled, Hinton writes, by the 4,904 new black and Latino inmates taken in during those same years.

Her narrative carries through the administrations of Gerald Ford, under whom juvenile-detention facilities multiplied and white youths were treated as merely troubled, while black youths were dealt with as criminal.

Jimmy Carter, who, despite his progressive intentions, channeled millions of federal dollars to public-housing authorities for surveillance and patrols that failed to improve safety but made housing projects into pipelines to prison.

The book's narrative ends in the 1980s, with Ronald Reagan, the War on Drugs, and the prison population mushrooming as new laws put drug users behind bars, especially African Americans. It's an issue that social workers have to deal with every day.

In Hinton’s Own Words

“The War on Crime and the War on Drugs are two of the largest policy failures in the history of the United States.”