Leave It to Social Workers 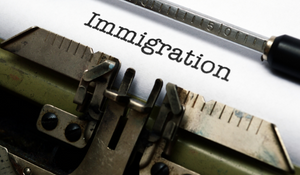 Immigration is again a polarizing political debate with forgotten human beings caught in the middle. It doesn't matter which side of the debate you're on, the fact remains there are approximately 2 million undocumented immigrants younger than 24 existing in limbo in the United States. This largely innocent population is made more vulnerable by a divisive debate that intensifies the risk of deportation and reduces access to resources and support. Social workers consider it their principled responsibility to support the vulnerable at all levels in society, so parties on either side of the so-called “open borders” debate leave it to social workers to do what they can to help the people caught in the middle.

Immigrant and refugee rights have long been an issue of critical importance to social workers in the United States. Those considered pioneers in the field, such as Jane Addams, developed their expertise while working in settlement houses that served as centers of residence and social services for migrants who had recently arrived in large numbers to work in America. In 1889, Addams founded the world-famous social settlement Hull-House on Chicago's Near West Side in the middle of a densely populated urban neighborhood peopled by Italian, Irish, German, Greek, Bohemian, and Russian and Polish Jewish immigrants.

Caught In the Middle

Today, however, the toxic immigration policy debate has poisoned the well, making humanitarian efforts by social workers on behalf of undocumented immigrants complex to say the least. The NASW describes this relationship between legislation and social service provision in a policy statement:

Social Workers Will Not Be Dissuaded 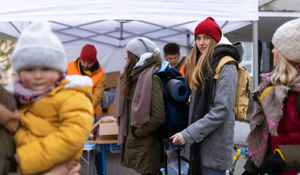 The political environment that allowed the birth of social work on behalf of the immigrant population during the era of Jane Addams may be in the rearview mirror, but the social work community's dedication to support the survival efforts of the world's migrant populations remains robust, even if somewhat nuanced in the current political environment. Social workers must tread carefully in order to help and do no harm.

Social workers will not be dissuaded by the current toxic political environment. There is work to do.

If you want to learn more about the dedicated work preformed by social workers, please visit what social workers do in the FAMCare blog.

Topics: what social workers do, immigration