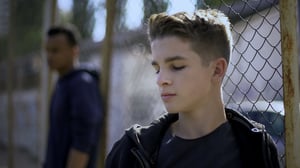 Case workers in Juvenile Justice have long been concerned about a subversive movement in the back halls of Congress and many state houses to erase any distinction between young offenders and adult criminals. As recently as the 1990s almost all 50 states overhauled their juvenile justice laws, allowing more youths to be tried as adults and scrapping long-time protections to help rehabilitate delinquent kids and prevent future crimes. Only ignorance of the history of juvenile justice in United States could be responsible for a now subdued but continued movement to “simplify” criminal justice by merging juveniles and adults together in the eyes of the law. May we take a moment to remind everyone how our juvenile justice system evolved to its present effective state.

A Brief History of Juvenile Justice

Our juvenile court system in the various states has been one of the most successful criminal justice programs ever devised.

Case workers insist that the overall juvenile justice effort over the past 20 years has been successful and that recurring subversive sympathies are both misplaced and misguided.

They cite the following data to support their confidence in everyone who labors in juvenile justice on behalf of America's youth.

The original impetus back in 1925 - dealing with juvenile offenders separate from adult offenders to prevent vulnerable youth from becoming lifetime criminals by impressionable association - has proven to be the actual outcome almost 100 years later. The reduction in juvenile arrests and convictions directly correlates with the reduction in the recidivism rate.

If you enjoyed reading this blog, then don't stop here! You can read more about Juvenile Justice/Child Welfare on our blog.  Enjoy our content? Then please subscribe for instant, weekly or monthly updates!