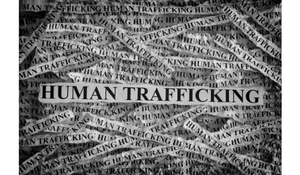 Few Americans can look at "human trafficking" with clear vision. The legacy of slavery in America is so distasteful that we prefer to remain in denial and look away from this modern iteration of slavery. Latin American countries, however, where many of the victims are preyed upon, take a much harder look at this criminal depravity and proactively strive to curtail its devastation.

The Belize Ministry of Human Development, taking an active interest in supporting its vulnerable population and curtailing human trafficking, defines it like this:

Human trafficking, also referred to as modern day slavery, is defined as the recruitment, transportation, transfer, harboring, or receipt of a person by means of threat or use of force or other means of coercion, or by abduction, fraud, deception, abuse of power or a position of vulnerability, or by giving or receiving of payments or benefits to achieve the consent of a person having control over another person, for the purpose of exploitation.

The Crime of Human Trafficking

Human trafficking is the third largest crime industry in the world, behind drug dealing and arms trafficking, and is the fastest-growing activity of trans-national criminal organizations. According to the International Labor Organization (ILO), forced labor alone (one component of human trafficking) generates an estimated $150 billion in profits per annum.The ILO estimates that 21 million victims are trapped in modern-day slavery. Of these, 14.2 million (68%) are exploited for labor, 4.5 million (22%) are sexually exploited, and 2.2 million (10%) are exploited in state-imposed forced labor.

Who is Vulnerable to Human Trafficking?

Usually, the common thread among human trafficking victims is some form of vulnerability such as: 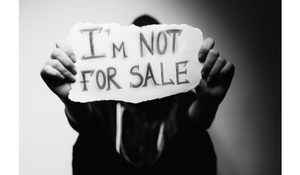 The International Labor Organization has reported that child workers, minorities, and irregular migrants are at considerable risk of more extreme forms of exploitation.

Who is Responsible for Human Trafficking?

To the Belize Ministry of Human Development and other small emerging nations who have launched proactive programs to uncover and root out this modern-day scourge.

We are exceptionally proud of the vital work our client the Belize Ministry of Human Development performs. We invite you to read more about our clients under case studies in our blog.