Houston Homes for the Homeless 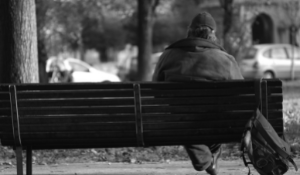 In the normal course of business, this blog researches and reports the issues that are having an impact on the world of social services. However, when journalists at large are out in front on important stories we are eager to share their work here in our blog space. Today, we would like to summarize the reporting of New York Times journalists Michael Kimmelman and Lucy Tompkins on the life changing work in support of the homeless going on in the city of Houston.

"During the last decade, Houston, the nation’s fourth most populous city, has moved more than 25,000 homeless people directly into apartments and houses. The overwhelming majority of them have remained housed after two years. The number of people deemed homeless in the Houston region has been cut by 63% since 2011, according to the latest numbers from local officials. Even judging by the more modest metrics registered in a 2020 federal report, Houston did more than twice as well as the rest of the country at reducing homelessness over the previous decade."

How Did Houston Accomplish This?

"Houston has gotten this far by teaming with county agencies and persuading scores of local service providers, corporations and charitable nonprofits — organizations that often bicker and compete with one another — to row in unison. Together, they’ve gone all in on “housing first,” a practice, supported by decades of research, that moves the most vulnerable people straight from the streets into apartments, not into shelters, and without first requiring them to wean themselves off drugs or complete a 12-step program or find God or a job." 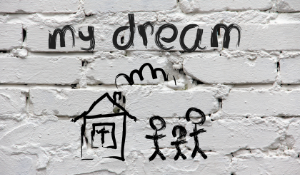 "Housing first involves a different logic: 'When you’re drowning, it doesn’t help if your rescuer insists you learn to swim before returning you to shore. You can address your issues once you’re on land. Or not. Either way, you join the wider population of people battling demons behind closed doors,' said Ana Rausch, vice president of Houston's Coalition for the Homeless as she and her colleagues watched tents being dismantled in a homeless encampment under a highway overpass. The occupants were being moved directly into one-bedroom apartments, some for a year, others for longer. In other words, the people living in the encampment would not be consigned to homeless shelters, cited for trespassing, or scattered to the winds, but, rather, given a home.

"Before I leave office, I want Houston to be the first big city to end chronic homelessness," Sylvester Turner said. Mr. Turner, who is serving his final term as mayor, joined Harris County leaders in unveiling a $100 million plan that would use a mix of federal, state, county and city funds to cut the local homeless count in half again by 2025. Mr. Turner chose his words with care. “Chronic homelessness” refers to those people, like many in the Houston encampment, who have been living on the streets for more than a year or who have been homeless repeatedly, and who have a mental or physical disability. (Nationwide, most of those who experience homelessness do not fall into the narrow category. They are homeless six weeks or fewer for a variety of temporary reasons.)

“We are not here to solve poverty. We aren’t here to fix the affordable housing problem” is how Ms. Rausch puts it, adding, “Think of the homeless system in America as an emergency room for a triaged slice of poverty. What Houston has achieved is to get itself far enough along in addressing the challenge that we can hope to begin to think about the pipeline to homelessness.”

Thanks to the NY Times 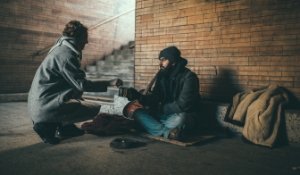 Houston's program for the homeless is an absolute "game changer". Thanks to the Times for bringing us this important story.