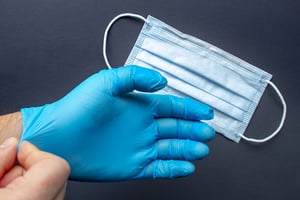 For more than 100 years American nonprofits have provided the social safety net that catches the most vulnerable before they slip beyond hope. However, although our American nonprofit infrastructure is vast and intricate, it is not invulnerable.

According to a recent survey, 80% of charities anticipate their 2020 revenue will be lower than expected, and most charities (89.4%) are concerned about maintaining a financially stable organization in 2020.

"In the nonprofit sector, the fragility of life is always very present. Likewise, for nonprofit leaders, the fragility of our organizations is also always present. Fears of an impending recession and the decline in the percentages of individuals donating to nonprofits have made the sustainability of organizations a top concern for executive directors for quite some time. But none of us expected the sudden disruption of our lives and society brought on by a pandemic.

"All revenue streams, from foundations to individuals and even fees for service, are under extreme pressure. Indeed, for many executives, thoughts today are not on sustainability but survivability—and, as always, it is at these times our constituents need us most.” (NPQ, Steve Zimmerman, March 19, 2020)

Projections by the International Monetary Fund and the World Bank suggest that a failed pandemic response could result in half the world population of 7.8 billion people soon living in poverty. At the same time, nearly 90 percent of nonprofits in a recent survey said they were concerned about remaining financially stable through the end of the year. This is a “perfect storm” now descending on the world’s most vulnerable.

WHO Can Save Nonprofits?

WHAT Must be Done?

Only the world’s most wealthy will be able to move fast enough to erect a safety net under our nonprofit infrastructure. If we can save even just 70 percent of nonprofits from extinction, perhaps we can ensure the civil-society safety net that has taken decades to build does not collapse. What can the uber-wealthy do?

Thank You to These First Responders

The cash program is driven by the idea that people experiencing difficulties have the clearest idea of what they need, says Brian Hooks, Stand Together’s chief executive.

"The people experiencing poverty are not deficient," he says. "They have a lot to offer. Like all of us, they need help to realize their potential. They just need help."

On behalf of nonprofits and the vulnerable populations they serve - thank you.