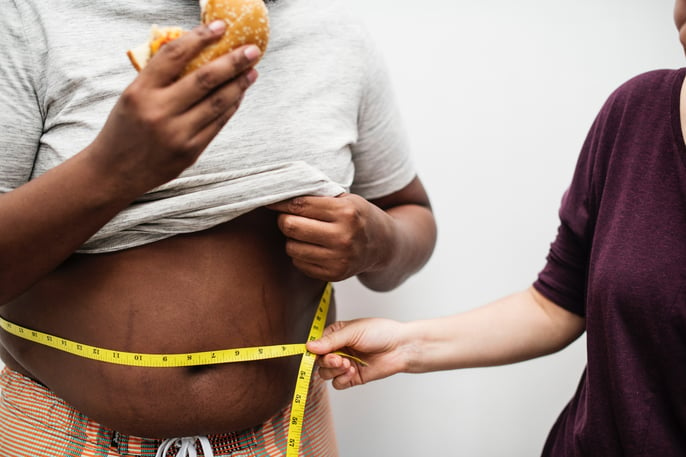 During a recent discussion with social workers engaged in public health, obesity was identified as the major chronic health problem facing the United States.

Poor nutrition standards and physical activity restrained by innovations in tools, transportation and production have combined to push obesity to the top of the chronic disease list. “Our evolutionary design leads us to crave sugar, sal, and fat, and we've shaped an environment that has made obesity a natural consequence of that," said Flojaune G. Cofer, PhD, MPH, research and state policy director at Public Health Advocates.

“Obesity is not a disease in itself,” the social workers said, “but is, however, the major cause of serious chronic diseases such as hypertension, diabetes, cardiovascular disease and substance use disorders. Our elderly, for example, might be living longer but they suffer from more frequent occurrence of these chronic diseases than any generation before them. This is a major contributor to the explosion in the cost of medical care for the aged and health insurance for all generations.”

Why We Can’t Lose Weight

“Eat well, exercise regularly, and keep an eye on the scale. It sounds simple and straightforward, hence the misconception that nutrition, physical activity and obesity are easily managed with just a strong dose of willpower. In reality, however, maintaining a healthy lifestyle is a challenging and multifaceted endeavor. Behavioral issues, personal history, support levels, societal attitudes and the environment all play a role,” said Susan Knight in Social Work Today.

Dieting is Not Working

An astounding $66 billion is spent on dieting each year, yet due to “dieter fatigue” the number of active dieters is estimated to have fallen 10% since 2015 to about 97 million; still, a herculean societal effort it must be said. “What we find," Dr. Wendy Hileman at USC says, "is that it's super easy for people to say they want to lose weight or get healthy. But then as you talk with them, you find that they've been trying to do that for years. They've likely made many attempts to improve their health in the past,” she says, “perhaps successfully at times. However, they're unable to sustain the changes and they find themselves falling back into old habits.”

Social workers engaged in public health initiatives recognize the connection between physical health and behavioral health. The following insights guide their work as they begin to utilize counseling techniques to address the obesity epidemic.

Obesity, and the spectrum of chronic disease it spawns, is not a simple issue. Eat well and exercise regularly have been the mantra of the medical profession for 75 years, but still the U.S. is the most obese nation on earth. Gym memberships, yoga studios and fad diets consume more than $60 billion a year but don’t burn much fat; social workers and medical professionals, however, have not given up. They are working diligently to unravel the mystery of obesity. They have our full support.