2021 VA Overview...What the Vets Themselves Are Saying 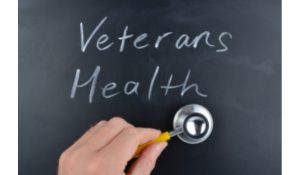 Since reporting on the VA hospital scandals that plagued the Veteran’s Administration, this blog checks in with the VA healthcare system every year to report any improvements. This year, rather than rating the system based on metrics used to measure service efficiency, 2,400 veterans were asked about the care they were receiving at the VA hospitals.

What The Vets Say

76% of veterans surveyed rated the recent medical care they received at the VA at least adequate.

According to the vets themselves, the VA has improved its healthcare services dramatically over the last two years.

The survey also revealed another interesting factor rarely considered in the past. The quality of VA services varies across the country.

The quality of the services a vet receives depends on where the veteran lives. Apparently, the interest of local communities has a profound effect on the quality of a veteran’s life. Local community support makes all the difference. Here's the list of the top ten veteran friendly cities selected by the vets: