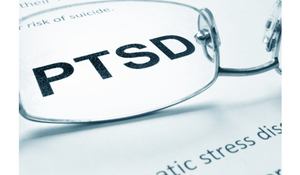 PTSD is a disorder in which a person has difficulty recovering after experiencing or witnessing a terrifying event. The condition may last months or years, with triggers that can bring back memories of the trauma accompanied by intense emotional and physical reactions.

Research reveals that 70% of US adults, or 223 million people, have experienced a traumatic event. Almost 20% of these go on to develop PTSD, or the population of California and New York combined.

Millions of Americans are tortured by PTSD, yet few who are not suffering know exactly what it is. Fewer still, even among the afflicted, know that a cure was discovered almost 30 years ago. Therapists are loath to ever use the term - cure - however. They prefer the more accurate therapeutic term, treatment.

30 years ago, Francine Shapiro, Ph.D. developed and introduced EMDR therapy which has been so well researched that it is now recommended as an effective treatment for trauma in the Practice Guidelines of the American Psychiatric Association.

In 1987 while she was walking in a park, she noticed that she had some upsetting thoughts and feelings that suddenly disappeared. She was puzzled by this and decided to find out why. She began experiments and observed that when she moved her eyes rapidly back and forth while thinking of something disturbing, the disturbance began to go away. She eventually developed a protocol that could be duplicated and studied, which is now known as EMDR Therapy.

EMDR appears to expedite the accessing and processing of disturbing memories and an attendant learning process. It focuses directly on all the perceptual components of memory (cognitive, affective, somatic) and creates new links with the adaptive information contained in other memory networks. This reprocessing results in an adaptive resolution, as indicated by the desensitization of triggers, elimination of emotional distress, elicitation of insight, reformulation of associated beliefs, relief of accompanying physiological arousal, and enhancement of personal growth and functional behaviors.

People with PTSD continuously react negatively to the memory of profound and shocking traumas that are implanted in their deep primitive brain stem called the amygdala, (This is the home of the fight, flight, or freeze response that has enabled the human race's recognition and avoidance of imminent danger). The key to the therapy is understanding the words “trigger”, "reflex", "amygdala", and "cortex". Simply put, the recurring fear response to a trauma suffered in the past is a reflex capability built into the cortex that is stimulated by the never forgotten trauma impressions housed in the amygdala. The cortex does not recognize that the danger is no longer present whenever the outside trigger awakens the amygdala's permanent trauma impression causing a shower of adrenaline to be sprayed across the cerebral cortex. EMDR helps sufferers reprocess these upsetting memories, thoughts, and feelings by focusing on specific but unrelated sounds or movements while talking about and reliving the trauma. This helps their brain reprocess the traumatic memories. Over time, this reprocessing changes how they react to memories of their trauma.

The therapist will ask the client to choose a memory from the trauma and identify the negative thoughts, emotions, and feelings that go with it. The client will think about this memory while he pays attention to a sound (like a beeping tone) or a movement (like the therapist’s finger moving back and forth). Once the memory becomes less upsetting, he’ll work on adding a positive thought.

Get The Word Out

Social workers at the VA and elsewhere in the medical profession are working tirelessly to get the word out to all the vets and private citizens who are not aware of EMDR. There is no longer any need for tens of thousands of US citizens suffering from PTSD to struggle through life untreated.

If you enjoyed reading this blog, then don't stop here!  You can read more about issues/solutions for mental health/veterans on our blog.  Enjoy our content? Then please subscribe for instant, weekly or monthly updates!