The Death of Trust...Victim Services 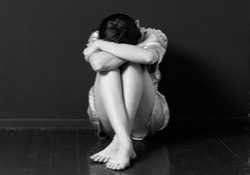 We are taught as children that we can trust our parents, our teachers, our religious leaders, the police, the mayor, and the President of the United States. It is their duty to care for us, to mean us well, and to do only good. We can trust them; until we can’t.

Thousands of case workers across the country are engaged in what is known as victim services. Who are these “victims” that they have pledged to support? We asked case workers to define what they mean by a “victim” as opposed to a homeless person, for example, or an alcoholic, or any other vulnerable segment of the population.

Victims are those who suffer harm at the hands of those they were taught to trust.

“Betrayal originates in action, or a failure of action, by individuals, groups, or institutions that causes harm to those who have given their trust. The effects of betrayal can share features with PTSD, making it difficult at times to differentiate between them. These may include anger, anxiety, distrust, dissociation, negative beliefs about others or the self, insomnia, and even physical health complaints.”

Victims come in all shapes and sizes:

The Death of Trust

A Victim Services case worker from Muncie, Indiana tells us that in all the examples above, a foundation of mental health, (the element of trust) has been destroyed.

“Trust is more than a passing positive feeling. All human beings fear for their survival and are threatened by their surroundings. Mother Nature teaches us at birth that our survival is dependent on our mothers, who feed us and keep us safe from the harsher elements. We learn to rely on her good will to survive. This is the psychic dawning of what we call trust.

“As we grow, we experience additional acts of “care” from others beyond our mother, and we transfer the original sense of trust to a widening segment of the society surrounding us. The doctor brings down our fever; the traffic cop keeps us safe at the school crossing; the school bus driver gets us back to the safety of our homes. Trust becomes part of the fabric of our emotional health. It keeps fear at bay. Without it, our fragile psychic nature begins to crumble. We begin to suffer what is commonly called, PTSD.”

Victims are those who suffer harm at the hands of those they were taught to trust.