The Burgeoning Homeschool Movement: The Role of CPS 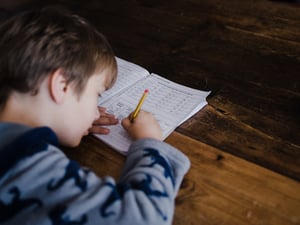 Homeschooling – parent-led, home-based education - is an age-old traditional educational practice that a decade ago appeared to be cutting-edge and “alternative” but is now bordering on “mainstream” in the United States. It may be the fastest-growing form of education in the country.

“Beginning in the 1980s, for a variety of reasons ranging from religious concerns to dissatisfaction with the content of public school education, parents increasingly sought to provide their children’s education at home and lobbied state legislatures to revise education law to support homeschooling. By 1985, 50,000 children were homeschooled, and the numbers grew steadily though the 1990s and 2000s, according to the National Center for Education Statistics. By 2016, 1.7 million children, about 3.3% of the school age population, were being homeschooled.”

By the spring of 2019, there were about 2.5 million homeschool students in grades K-12 in the United States. It appears that the homeschool population is continuing to grow at an estimated 2% to 8% per annum.

From Compulsory to Voluntary

Through the efforts of homeschool advocates, state regulations on compulsory attendance have been modified to allow homeschooling in every state.

But What About the Vulnerable?

Child welfare professionals do not disagree with the concept of homeschooling or a parent’s right to do so but, insofar as homeschooling isolates children from the community in general, they see significant risks to the well-being of the vulnerable children they are charged to protect. In addition to the isolation that can result from homeschooling, CPS is concerned with a range of other issues such as:

The Continuing Role of CPS in The Homeschool Movement

Finding and helping the most vulnerable in our society is the noble work of Child Protective Services. Thank God you are on the job.