Memorial Day was this last Monday. We don't often think about the meaning behind the holiday. But, sometimes you get a good reminder of what Memorial Day is all about. A colleague of ours, Frank Bennett, wanted to share a personal story about his experience this Memorial Day and what it lead him to uncover.

I watched Memorial Day services on TV with my uncle Joe, a 97-year-old WWII veteran. He rarely speaks these days, so I was shocked when toward the end of a particularly touching segment he muttered, “War never ends for combat veterans. War wounds everyone. We recover for the rest of our lives, even if you can’t see it.” 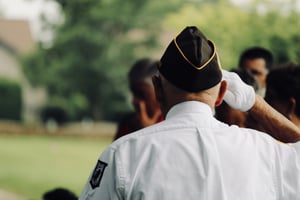 “Our unit, the 3-67, lost nine soldiers in the fighting in East Baghdad, and another soldier died by suicide while there. Since the unit returned to the States, at least 14 more members of the 3-67 have died by suicide,” Bertolini said. “One was a major, a company commander, who was ready to retire just a few short weeks of finishing up his career in the Army. That one really jolted me," he said. "I knew him very well. He was always a very positive guy, very upbeat and so forth. So, when that happened, for me that was really something you have to worry about because, if it will take out one of our more senior people who was always in a good mood, then you have to worry about everybody else," Bertolini said.

“I am heartbroken," Rep. Marcy Kaptur, D- Ohio, said recently. "The fact that 20 veterans a day take their own life -- over 7,000 a year -- is a tragedy. With seven incidents of veteran suicide taking place in VA parking lots in 2019 alone, 25 in the last 18 months, it's critical we do more to stop this sustained national crisis."

PTSD - Much has been put out there about PTSD since the 1960s. It comes in many forms from mild to severe. But it is important to realize that it can be unexpressed for a long time or, perhaps, never expressed.

Moral Injury - Basically, is a violation of deeply held moral convictions. Given that the business of the armed forces is sometimes to kill people and/or be killed, it is safe to think that a veteran may be experiencing some form of moral injury, often mixed with PTSD.

Keep in mind that sometimes "just not doing enough" to protect other soldiers, or not doing enough to restrain or prevent others from doing a morally reprehensible act, can result in moral injury for the combat veteran. There also may be cases when the veteran comes to believe that an entire conflict/war is wrong. This may result in feelings of being betrayed by commanders and country or feeling isolated from much of the community.

Lost - But Not Forgotten 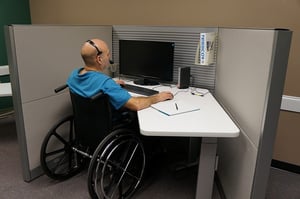 From a warren of desks in a downtown Manhattan office building, a team of social workers and counselors takes calls from veterans who either won't go to the Department of Veterans Affairs or are bewildered about where to turn for help.

This is the Rapid Response Referral Program of the Iraq and Afghanistan Veterans of America, an effort to combat what Navy Reserve Cmdr. Jeremy Butler calls a "navigation" problem for veterans trying to find the right fit in a vast and disjointed support system.

In addition to the VA and other government agencies, there are traditional veterans service organizations and more than 40,000 support groups registered as nonprofits with the Internal Revenue Service, according to the Institute for Veterans and Military Families at Syracuse University.

In his article, Preventing Veteran Suicides: Unique Challenges for Social Workers in the New Social Worker, Ron Burian, MSW writes about the delicate skills it takes to intervene in a combat veteran’s downward spiral toward suicide:

“If you find that you are the one listening, the one hearing the veteran in that moment, you are the important one. Do not rush to refer, and do not rush to reassure. Just listen with all your heart. Find your own way to prompt, your way of asking, “What’s happening?”

On this past Memorial Day, I did not respond to Uncle Joe. I just sat with him for another two hours and watched the tributes, listened to the music, and felt the hidden pain on the veterans’ faces as they humbly accepted our thanks.